We previously reported about how the Pixel Watch is going to cost more than the competition with the cellular model being at $399.99. Thanks to another source, the price was corroborated but now, our source has provided us with the price of the Bluetooth/Wi-Fi price and that model is going to start at $349.99. 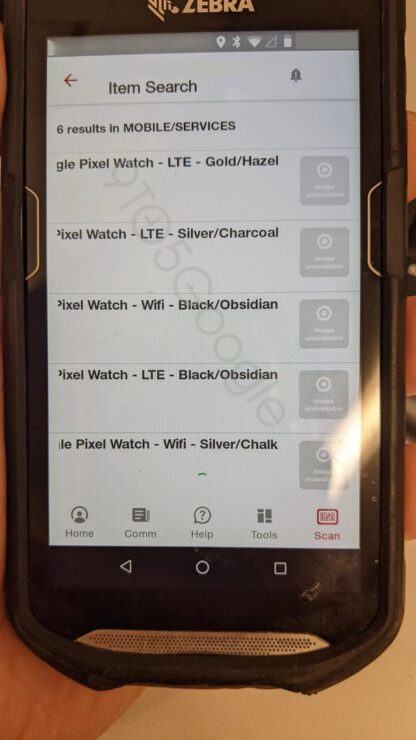 While it is certainly exciting to see that the Pixel Watch is coming out next month, it also leaves us wondering why this watch costs more than some of the leading smartwatches in the market. Take the Galaxy Watch 5 for example, it starts at $279 for the 40mm and $309 for the 44mm. These watches are actually premium as they ship with a sapphire crystal, WearOS 3, multi-day battery life. While we do not have the official specs on the Pixel Watch, it is running a chip that was released back in 2018 and also features a smaller battery, which is not going to help the case Google is trying to make.

Another thing that you should note is that rumors have been circulating about how the Pixel Watch is going to be cheaper in Europe as compared to the U.S., we would like to confirm that it is not the case.

It is safe to say that if Google is trying to make a dent in the smartphone market, it will need to do a lot because the market has reached a point of saturation, and Google simply cannot just release a substandard offering and expect it to work.

A new Gotham Knights trailer has been shared online today, focusing on the PC-exclusive features of the game. The new trailer, highlights some of the features that will be exclusive to the PC release, such as ray traced reflections, Intel XeSS, ultrawide and multi-monitor support, and much more. The Gotham Knights PC official PC trailer can…

2K is celebrating the twentieth anniversary of the Mafia franchise this month. It did so with a trailer (embedded below) and an extremely long interview with the Hangar 13 developers General Manager Roman Hladík, Head of Production and Media Director Tomáš Hřebíček, and Game Director Alex Cox. It was Hladík, who has worked on every…

TeamGroup has announced the launch of its ultra-fast T-Force Delta RGB DDR5 memory kits that offer up to DDR5-7200 specifications. The same memory kit was listed over at Newegg for a price of $349.99 US and is expected to hit availability early next month. TEAMGROUP Announces T-FORCE DELTA RGB DDR5-7200 Overclocking Memory Kit: Reach New…